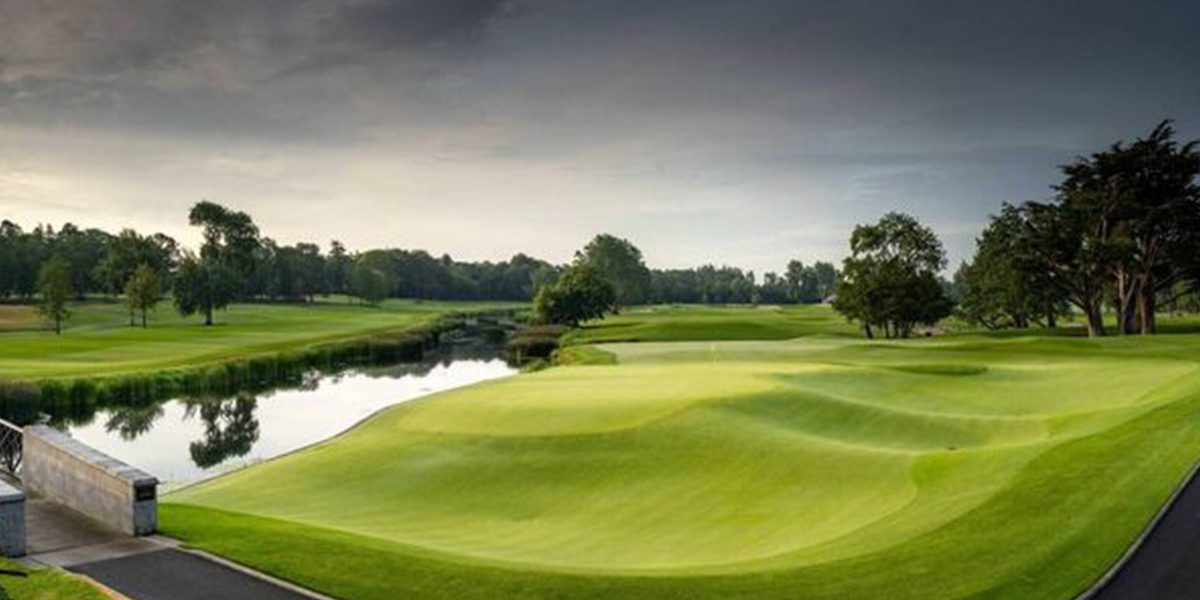 With the 2021 Ryder Cup front and centre this week, Adare’s hosting of the event in 2027 is a hot topic right now, writes Kevin Markham.

Every two years, around this time in September, the focus in world golf turns to the Ryder Cup. It raises temperatures in the ‘us versus them’ biennial contest and has advertisers, sponsors and viewers salivating

Inevitably, the course hosting the tournament is discussed in terms of which team it suits best, whether it is a good enough test and how it will look to such a vast global audience.

This month’s Ryder Cup may be in Wisconsin, but as we count down the final days conversations in Ireland will undoubtedly turn to Limerick. Adare was chosen to host the 2027 Ryder Cup in July 2019, a little more than a year after the Fazio redesign was presented to the world. That is some accomplishment. The condition of the course from the outset was phenomenal – well beyond anything else in Ireland — and the general boast (perhaps by the Adare team and certainly from Irish golfers) was that the course could have hosted the Ryder Cup on the spot.

That is how impressive the course and the set-up was… and remains. In truth, though, every single thing about the Adare resort is impressive. The experience takes you beyond anything else you’ve encountered — no matter who you are.

There are so many remarkable hotels on this island and so many are at golf resorts. In a recent Golf World ranking on the Top 100 Golf Resorts in the UK and Ireland, we had five in the Top 10. The top Irish resort, at number three, was Adare.

I have to confess that if Adare is at number three then the quality of the two resorts above it must be out of this world.

But here’s the thing: Adare has a single golf course, while Turnberry (2nd) has two 18-hole courses and Gleneagles (1st) has three. On that basis alone you could easily flip their ranking.

Adare is magnificent. No stone is left unturned, no want is ignored, no request is too small.

This is luxury from start to finish and that’s not even the best bit. The best bit is something far simpler.

And if you think this is where I mention the golf course you’d be wrong.

No, the biggest highlight to the luxury and quality of Adare is — for me at least — the people and the hospitality. So often five-star luxury like this can make you a bit tentative, cautious of your behaviour, but here it could not be more welcoming, charming and warm. You are known by name and treated as a friend. That, combined with the surroundings, means it is no surprise that the accolades and awards keep pouring in.

If this is somewhere you can afford to stay then you will find it truly unforgettable.

You get what you pay for and, like any luxury resort, there is that constant drive to improve and offer more exceptional services. The latest of these is the Padel Club.

This imposing yet subtle cedar-clad ark is lost amidst some of the resort’s enchanting woodland — and yet only a two-minute walk from the manor house. The Padel Club has been created to accommodate guests who wish to pursue an array of leisure activities.

Chief among them is Padel Tennis, Europe’s fastest growing sport, and there are two courts with qualified staff ready to teach you the game’s simple rules. There’s a 17- metre swimming pool, a hydro pool, a state-of-the-art gym and a yoga studio. On top of that and of particular interest to golfers is the cutting-edge Sports Simulation Room.

Using all the technology available you can play baseball or football or even footgolf.

There are other games, too, but golf will always remain centre stage. The Simulation Room uses both a TruGolf Multisport simulator and a Trackman 4 Launch Monitor to give you and your family/friends the best of both worlds. You can analyse your swing, swing speed, spin, launch angle, etc., receive indoor golf coaching or play a global selection of golf courses. There’s a PuttView Putting Green, too, which comes with a variety of games. And you can enjoy it all with a bite of food and a beer. It’s an outstanding addition and gives the resort’s golf product a splash of extra grandeur.

The Golf Course at Adare Manor — to give it its official title — opened in 2018. My visit was to see how things have progressed during busy but difficult times.

Covid has had a massive impact on hospitality around the country but, as well as closing its doors for close to a year, the famous JP McManus Pro-Am has had to be postponed… twice.

That is no small affair when you consider the economic benefits to the local and regional economy, as well as the charities involved. The event is now scheduled for July 2022.

I thought that specific maintenance timetables would be in place to prepare the course for the arrival of the world’s greatest golfers, but I was missing the point. That earlier quip about the course being ready to host the Ryder Cup from the day it opened was not idly made.

I have played the new Adare course twice — in 2018 and 2021 — and there have been some subtle changes in that time. Mostly that comes down to the course maturing and settling in but time has also allowed the team at Adare to assess where extra attention was required.

Drainage has been enhanced during the lockdown periods, traffic patterns around the course have been analysed and walking areas have been sanded subsequently. Elsewhere, large trees have been planted on the sides of holes 5 and 7, which, ironically, brings a far sweeter rhythm to a course where many trees were removed. Intriguingly, the old Adare’s 5th hole was Index 1, but on the new course it is Index 17, despite being the same length (421 yards back tees).

It has one of only four greens which are not raised and floating above a sea of slopes and swales, and with an amphitheatre of banks to the left and behind the green it is the easiest putting surface to play into.

The reputation that Adare enjoys for its immaculate conditioning is second to none. With more than 50 greenkeepers that might seem like an obvious assumption but it overlooks the passion and expertise that is required to maintain a course to such standards. Alan McDonnell is the course superintendent. He has been here for over two decades and his knowledge is vital to the development of today’s course. Consider the grasses alone — dwarf perennial ryegrass on fairways, penn a4 bentgrass on surrounds, and pure distinction bentgrass on greens — and you’ll appreciate the knowledge required to keep those playing surfaces so pristine.

For many golfers (including myself), talk of grass types can sail a little over head. But were you to be privileged enough to play Adare you would see the sweet perfection of every blade of grass here. Failing that, just take a look at the photographs of the course.

So, despite Covid and postponements, Adare is ready and waiting for the JP McManus Pro-Am. The planning has already been done and only those things beyond the resort’s control remain to be accounted for. Of those, Covid restrictions may be the most concerning but July 2022 is still a ways off. In ideal circumstances, 35,000 spectators are expected to attend which will be an excellent test run for the Ryder Cup five years later.

Another challenge is how you attract the world’s best golfers to Limerick for a charity event that will be two years later than anticipated. Professional golfers plan their schedules well in advance — particularly the world’s best — but the Pro-Am, and JP McManus himself, have always lured them here. The Pro-Am offers a very different adventure for these golfers.

As for the Ryder Cup, one of the more frequent comments being made about Adare is that it will suit the American bombers. The rough is limited and the fairways wide. But here’s the thing: who knows who is going to be on the American team in six years’ time and who’s to say that the Europeans won’t be populated by bombers, too. Probably the only thing that’s guaranteed is that Ian Poulter will be a captain’s pick.

The European captain will also have a major say in how the course is set up, which could lead to tweaks to rough and green speeds, which are easily adjustable with the sub-air system. What is beyond doubt is that the course will deliver a thrilling tournament and it will look fabulous in selling Ireland and Irish golf around the world.

Finally, let me say this: when I first played Adare, back in 2008, I rated it as the best parkland golf course in Ireland.

Today, that is no longer true… and that’s because The Golf Course at Adare Manor has established a new category of ‘luxury parkland’… one that it currently occupies by itself.